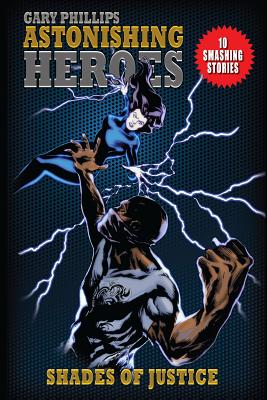 Louis Trent is a high rolling hit-man plucked from Hell only if he kills for Heaven.

An anonymous city bureaucrat, The Reclaimer, senses what evil lurks via emanations from tenement walls.

In the 1970s, Onyx Adams, a tough, kung fu’ing Afro-wearing female private eye teams with a so-called b’wana devil, the Ghost Wolf, to thwart one of history’s greatest villains back from the dead.

The Silencer is a Vietnam vet who returns home but the war goes on when a bomb injures him and kills the woman he loves.

A weed smoking, easygoing inner city teen working in an old folks’ home inherits amazing powers and responsibilities from WWII-era heroine Victory Angel as Kidd Vee; and several of the heroes team up in the past and present to prevent a climate calamity by a fanatical billionaire.

In this anthology of 10 action-packed prose stories, veteran crime and mystery fictioneer and graphic novelist Gary Phillips (author of Big Water, Warlord of Willow Ridge, and co-editor of the acclaimed Black Pulp anthology) offers his rip-roaring revisionist take on the superhero genre The Watchman meets Manchild in the Promised Land.

As a special to this collection, Phillips has written an original outing bringing together several of these characters in one adventure for the first time ever.

Inside you’ll find tales of:

More books like Astonishing Heroes: Shades Of Justice may be found by selecting the categories below: