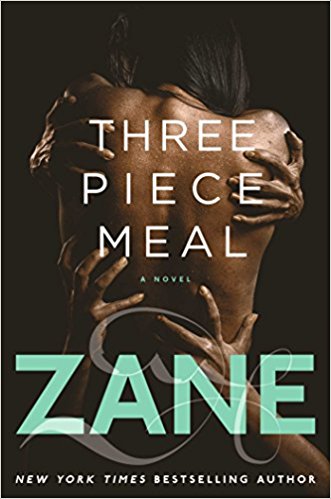 Three-Piece Meal: A Novel
by Zane

Book Description:
The New York Times bestselling Queen of Erotica returns with this fun, wild, and sensual novel about a brilliant psychologist who dates three men to avoid falling into common dating traps—while accidentally creating new ones for herself.

Prodigy Jenkins has always lived up to her name. At six, she was reading at an eighth-grade level. At fifteen, she was in college. At the ripe age of twenty-three, she had her master’s degree in psychology.

But as brilliant as she is, Prodigy has never found a man who can live up to her expectations, including her current boyfriend, an ambitious lawyer who constantly prioritizes work over romance. Knowing she’s not the only woman who remains unfulfilled in love, Prodigy founds a support group called “Stuck on Stupid” for every woman who has been chewed up and spit out by a man.

As she hears the stories of these other women, Prodigy gives herself a reality check: if she wants to settle down, she can’t rely on her boyfriend to come around. Her epiphany turns into a life-changing experiment as she dates three completely different men at the same time. For once in her life, she’s having fun and getting hers but is she really satisfying her needs or setting herself up for a fall?

More books like Three-Piece Meal: A Novel may be found by selecting the categories below:

Tell us what do you think about Three-Piece Meal: A Novel.