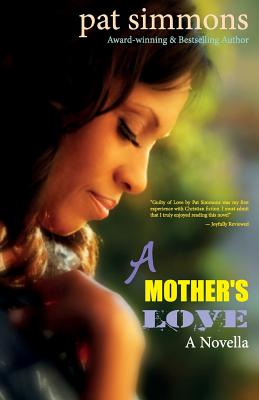 Book Description:
Jillian Carter’s life is about to change drastically. Her daughter, Shana, is beating her to the altar after falling in love with her soul mate. It’s an experience Jillian knows nothing about. After mistaking love for lust one summer, Jillian found herself as an unwed teenage mother. Now at thirty-nine, Jillian isn’t looking forward to becoming an empty-nester and the boredom that it brings. She’s not buying the old adage, "she’s not losing a daughter, but gaining a son." Suddenly, things become very interesting when two unexpected men vye for her affections: Shana’s biological father breezes back into their lives as a redeemed man after twenty-three years of parental neglect. Not only is Alex Nixon still good looking, but he’s ready to right the wrong he’s done. But not so fast. With the Lord’s help, Jillian finds she’s able to forgive Alex though she struggles to forget all the special moments he missed in their daughter’s life. To complicate matters, the widowed father of the groom, Dr. Dexter Harris, has set his sights on Jillian and he’s willing to pull out all the stops to woo her. Jillian must choose who will be her soul mate and give her the happily ever after she never thought possible. A Mother’s Love is a Christian romantic novella that proves it’s never too late for love. Books in the theme Making Love Work Anthology that can be read in any order:Words of LoveA Mother’s LoveLove at Work

More books like A Mother’s Love (Making Love Work) (Volume 1) may be found by selecting the categories below: