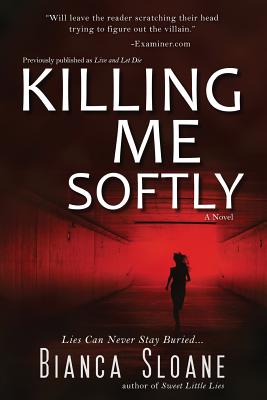 Killing Me Softly
by Bianca Sloane

Book Description:
A shocking murder. A web of deceit. A twist even Hitchcock wouldn’t see coming.

It starts with a phone call - Sondra Ellis’ beautiful baby sister, Tracy, has disappeared during a jog along Chicago’s snowy lakefront.She’s even more devastated when Tracy’s mangled body is found days later, the victim of a mugging gone wrong.

A year later, Sondra continues to struggle with Tracy’s death. Her trauma deepens when she discovers series of odd and unsettling cracks in her sister’s seemingly perfect life: puzzling messages, inexplicable meetings, and secrets and lies at every turn.

As Sondra continues to dig into the mystery of what happened to her sister, she has no idea she’s on her own collision course with life and death.

For fans of Patricia Highsmith, Mary Higgins Clark, and Alfred Hitchcock, Killing Me Softly is a page-turning psychological thriller that will keep you up long past your bedtime.

More books like Killing Me Softly may be found by selecting the categories below: