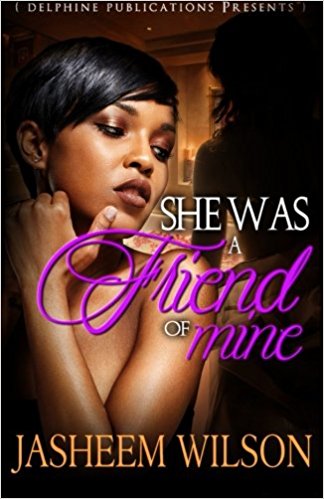 She was a Friend of Mine
by Jasheem Wilson

Book Description:
In part one of the She was a Friend of Mine series, meet Scheyenne Henrietta Iverson, who grew up in East Palo Alto, California, where her mother kept the harsh realities of the world from her. At the age of twelve, the sheltered walls her mother worked so hard to construct come crumbling down when her family perishes in a mysterious fire on the same night her brother vanished without a trace. After several hard blows by life, Shi picks herself up time and time again. Years later, she unknowingly steps into a war zone of murder, lies, sex, drugs and money. Jasheem Wilson’s debut will have you guessing page after page and you will be wrong every time.

Tell us what do you think about She was a Friend of Mine.