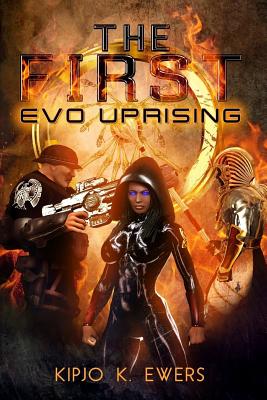 Book Description:
In EVO UPRISING, the long anticipated sequel to The First, Kipjo Ewers brings you deeper into the new world of the EVO Universe Where you either evolve or die Seven years after the Judgment Virus, also known as the EVO Virus, infected the planet, a portion of the Earth’s population of humans has died, while another portion received powers and abilities. Super humans now walked the Earth. Some use their abilities for good taking up the mantel of heroes, others for evil becoming villains, and the rest join and form super human military units within their respective countries building towards another possible Cold War. Sophia Dennison, the first and most powerful superhuman on the planet, who inadvertently changed the world, is unable to fit in with the race she was once a part of, and unwilling to embrace the race she created. Living a life of semi-isolation, she uses her power and abilities to help people as she sees fit, taking no mantle. However, a new threat to the planet will force her to not only confront several spectrums of her past, but ultimately her destiny. Get ready for the UPRISING

More books like The First EVO: UPRISING may be found by selecting the categories below: