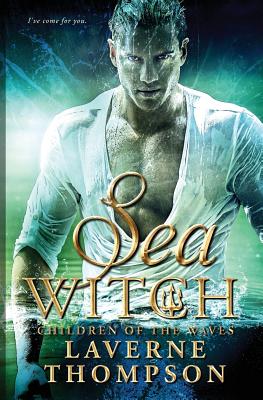 Sea Witch: Children of the Waves (Volume 3)
by LaVerne Thompson

Book Description:
What the hell do you mean I can’t claim you? Aaron is a Child of the Waves and he’s searched for his bride for over a hundred years. Always seeking never finding. Then when he finally does, he’s got a choice: claim her and risk the destruction of his people, or let her go and risk the destruction of his soul. Sienna has always known who her mate was, in fact, she took great pains to never cross his path. Until one day, she could avoid him no longer. As the witch of the sea, she had to warn him of the horror their world would face if she were to become his bride. They each had a duty to perform, even at the sacrifice of the other. Sienna must pass through the dark depths to enter the very gates of Hades and Aaron must let her go. *WARNING* This is the 3rd book in the Children of the Waves Series. They must be read in order. The ending will have you going WHAT!!! There will be a book 4. Violence. Recommended for those 18+ Sea Bride #1 Sea Storm #2 Sea Witch #3

More books like Sea Witch: Children of the Waves (Volume 3) may be found by selecting the categories below: