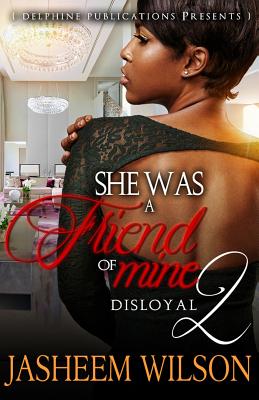 She Was a Friend of Mine 2: Disloyal
by Jasheem Wilson

Paperback Description:
In part two of She Was a Friend of Mine, three years have passed since the disappearance of her brother and the mysterious fire, which took her family. By happenstance, Shi meets T-money, who walks her right into the center of the Bay area’s drug game. A gathering turns into a deadly takeover, when two of the most dangerous men Shi will ever meet face off. With a gun pointed to the head of the man who might know where her brother is, she gets a glimpse into the eyes of the man who killed her father. Will she get the answers she is looking for? Will she find her brother? Will she learn the truth surrounding her father’s death? Will revenge change her more than the horrors of life? In the second part to this trilogy, the drama unfolds page after page with a jaw-dropping ending.

More books like She Was a Friend of Mine 2: Disloyal may be found by selecting the categories below: