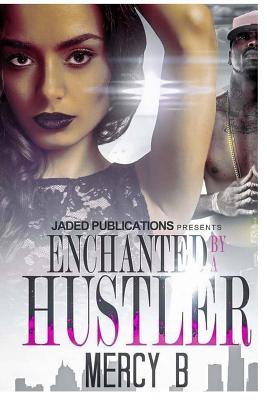 Enchanted by a Hustler (Volume 1)
by Mercy B.

Book Description:
In the game they played to win, Kez and Kee knew that they must expect the unexpected. Brothers from another mother, they share many similarities including a tumultuous past. After life dealt them an unplanned tragedy they’re left to make something out of nothing. Love was lost, bridges were burned, and tables had turned. Hitting rock bottom was never a thought of either man until it was their new reality. Newcomers took on the streets and the game seemed changed forever. But as fate would have it, one phone called changed their entire situation for the better. A goal-oriented beauty named Brooke came along and offered Kez everything he didn’t know he was missing. With a budding love interest and a rising empire, Kez felt like he was back where he belonged. Now flooding the entire south with the purest product, the “brothers” are an upset to some. However, with hidden enemies lurking in the shadows, trouble is bound to unfold. Will this new power couple make it out together unscathed? Or will the very empire they worked so hard to build crumble?

More books like Enchanted by a Hustler (Volume 1) may be found by selecting the categories below:

Tell us what do you think about Enchanted by a Hustler (Volume 1).