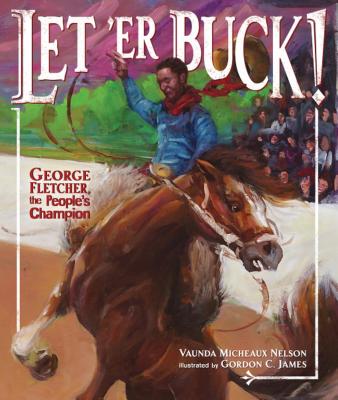 In 1911, three men were in the final round of the famed Pendleton Round-Up. One was white, one was Indian, and one was black. When the judges declared the white man the winner, the audience was outraged. They named black cowboy George Fletcher the people’s champion and took up a collection, ultimately giving Fletcher far more than the value of the prize that went to the official winner. Award-winning author Vaunda Micheaux Nelson tells the story of Fletcher’s unlikely triumph with a western flair that will delight kids—and adults—who love true stories, unlikely heroes, and cowboy tales.

More books like Let ’er Buck!: George Fletcher, the People’s Champion may be found by selecting the categories below: