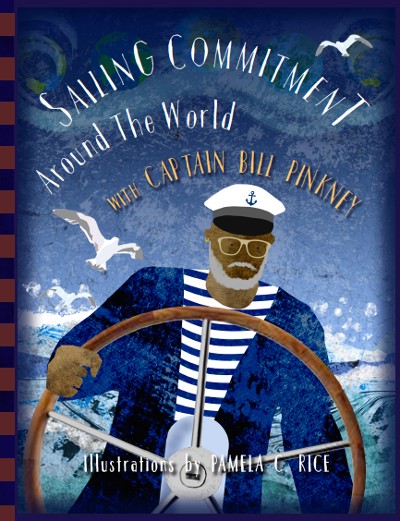 Sailing Commitment Around the World aims to inspire readers from 8 to 12-years-old with stories, adventures, and sights of the voyage and the lessons Captain Bill learned at sea: dream big, persevere and and don’t be distracted by hurdles that come with moving forward.

“In the seventh grade I read a book by an author named Armstrong Sperry: ’Call It Courage’, it was a story that touched my heart because I felt very much like the hero of the story. He, like me had been an outcast. He was an outcast because he was afraid of the water. I had been an outcast because in school I was one of a few black children and the other kids were not kind to us. I grew up without a father, (my parents divorced when I was six, so my mom, sister and I were on public aid for a while. Always on the outside never being a part of the crowd I felt alone. When I read the story about this young boy who was on the outside like me, and how he took his destiny into his own hands and had a great adventure, I knew that was what I wanted too.” — Bill Pinkney