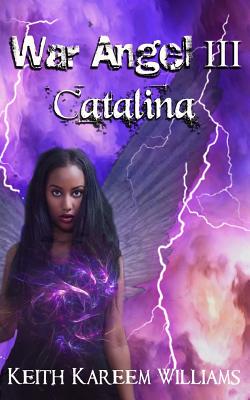 Book Description:
While in the middle of a deadly gunfight at the end of "War Angel II: Where Angels Fear to Tread," Jahaira forced Lenox to abandon her in order to save their newborn daughter, whom she named Catalina. After a heart-wrenching goodbye, Lenox barely managed to escape with the baby cradled in his arms as he bled from multiple gunshot wounds. In this final book if the trilogy, Jahaira is gone and we find Lenox doing the best he can as a single parent while trying to cope with the loss of his wife. Meanwhile, Catalina begins to have a strange recurring dream where she encounters a pair of mysterious, ethereal twins that beckon her to join them. When she becomes afraid and runs, she is pursued through deserted city streets by an unseen malevolence until she finds herself in front of the huge black, iron gates of an old asylum. Desperate to discover the meaning of her night terrors, Catalina and her best friend, Chase, embark on a mission to visit the eerie place that has haunted her dreams. They encounter a mysterious man on the steps of the asylum and unwittingly fall into a trap that had been set many years before and once again, Lenox must fight dark forces to protect the ones he loves at all costs, until the bitter end. The stakes are higher and the threats have become even deadlier in the final, explosive installment of the "War Angel" saga. No one will escape unscathed and not everyone will survive.

More books like War Angel III: Catalina may be found by selecting the categories below: