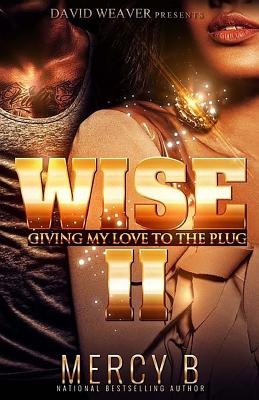 Wise 2: Giving My Love To The Plug
by Mercy B.

Book Description:
"I never thought love was worth fighting for. But when I looked into your eyes, I was ready for war." During a tumultuous run-in with the law, Wise discovers a hindering secret that proves to be toxic to the union that she and Liam once had. While on the forefront, battling for Liam’s forgiveness for her past transgressions, Wise is summoned to Federal court in order to answer for her illegal actions. After the dismissal of what was thought to be a grand proposal, Liam is disheartened at the revelation that his precious Wise has been detained by authorities. With her arrest comes a grueling surprise. Quick on his feet, he seeks the help of a well-known consultant, RaKeem. Elise’s mental status is to question as she desperately seeks Liam’s attention, willing to push every limit to acquire it. Unstable and ill-intentioned, she doesn’t realize the magnitude of her mistakes until it’s too late.

More books like Wise 2: Giving My Love To The Plug may be found by selecting the categories below: