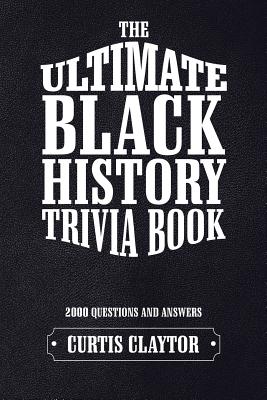 Book Description:
Most of us learn in school about the accomplishments of Martin Luther King Jr., Harriet Tubman, and George Washington Carver. But what is the name of the first self-made American woman millionaire? How about the name of the woman who refused to sit in the Jim Crow section of a train that was assigned to blacks in 1883? Or the name of the black man who invented the gas mask and three-signal stoplight? In a fascinating trivia book filled with two thousand multiple-choice educational and entertaining questions in four categories, Curtis Claytor invites others to test and increase their knowledge of black history and celebrate the achievements of not only well-known African Americans but also the lesser known. Black history enthusiasts will learn the answers to a variety of interesting questions like who scored 101 points in the first half of a high school basketball game, in what city the first black-owned television station was established, when the freaks come out according to the Whodini song, and Fred Sanford?s middle initial. The Ultimate Black History Trivia Book shares two thousand questions in four categories that help educate anyone interested in learning more about the achievements of African Americans.

More books like The Ultimate Black History Trivia Book may be found by selecting the categories below: