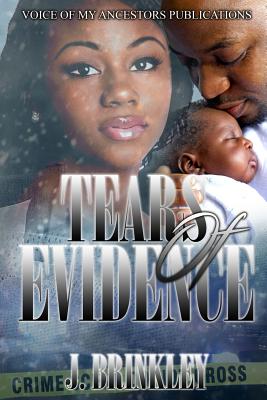 Tears of Evidence
by J. Brinkley

Paperback Description:
Caught up in the fog of a dream that feels too much like reality, Troy’s awakening will be one of calmness, followed by disappointment. Misunderstood as a young man growing up, it seems that even trouble and hardship cannot cripple Troy’s determination to triumph over the chilling grip of misfortunes that have followed him from adolescence to adulthood. His never ending flights to escape one situation after another only take him into the grips of yet another situation, each one with the same agenda. That agenda, as Troy sees it, is to interrupt and strip him of whatever happiness he finds. With so much pain and disappointment, it seems Troy should be a man embittered by the fact that he can’t seem to escape from the troubles of his past, which seem destined to follow him into his future. Instead of feeding him hopelessness, those troubles, mishaps, maybes and misfortunes only make Troy dig deeper for the truth that will free him from the grips of ignorance and circumstances. As he searches for the truth, he dreams of living the life of the second chance he is granted. What will determine his dream? Truth will not be the reality that he dreams of living, it will be the actuality of his situation.

More books like Tears of Evidence may be found by selecting the categories below: