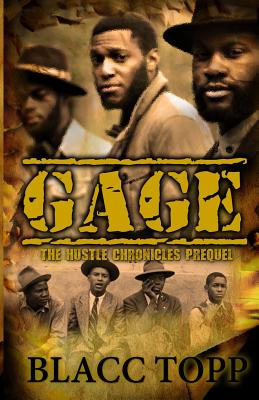 Book Description:
Forced to murder his own father but, hailed as a savior by his brothers Julius Gage has a tough row to hoe. He’s been thrust into an adult world that he’s ill prepared for and all that matters is keeping his family together. With no adults in the picture the state of Arkansas is all too willing to separate the brothers. Julius has no choice but, to steal his younger brothers away from the state and reunite his family. Their only hope is to find their older brother Otis Gage in hopes that he and he alone can fix what’s been broken. The Gage brothers travel to the mean streets of Detroit, Michigan in an attempt to not only escape the demons of rural Arkansas but, to also start anew. None of the brothers are prepared for the dog eat dog world of crime, sex, drugs and mayhem that they are about to encounter. Lost love, hatred, greed and an utter hunger for the finer things fuel the Gage brothers and in fact threatens to tear the already fragile family apart. A chance encounter with a new friend thrusts them into a business that they’re very proficient at but, that could unravel all of their hopes and dreams. Can they weather a storm that’s been brewing for years or will the love of money destroy a legacy that Julius Gage is fighting tooth and nail to establish? Their journey unmasks an abusive past, the misuse of power and the disintegration of an American family. Redemption usually begins with the soul’s commitment to withstand evil and it’s easier said than done. Who can you trust when you can’t trust yourself? The only question that has everyone puzzled is: Do the Gage’s kill for the pleasure or is it all for the money?

More books like Gage: The Hustle Chronicles Prequel may be found by selecting the categories below: