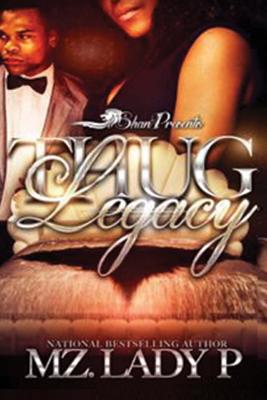 Thug Legacy: I am my Father’s Son
by Mz. Lady P

Book Description:
The First Family of the streets is back and in full effect but this time around The Kenneth children are all grown up and carrying on their father’s legacy. At a young age Ka’Jaire "KJ" Kenneth Jr. was groomed to one day takeover his father’s position as Head of the family. With Thug Inc. officially retired Legacy Inc. is now holding court in the streets. Just like their predecessors with status and money comes problems. With his brothers Kaine and Kash, Best Friend Lil Hassan, and cousins Lil Rah, Lil Markese, and Lil Sarge standing on the front lines beside him KJ is ready for whatever but what’s beef to a young a Thug when you’ve been raised by the coldest to ever do it. In this new saga of the Best Selling Thug Passion series you will witness the birth of a new breed of young Thugs. Get ready to embark on a journey with the Kenneth children as they deal with the trials and tribulations of being the offspring of Ka’Jaire and Tahari Kenneth. The drama, secrets, and lies are far from over. As a matter of fact they’re just beginning!!!

More books like Thug Legacy: I am my Father’s Son may be found by selecting the categories below: