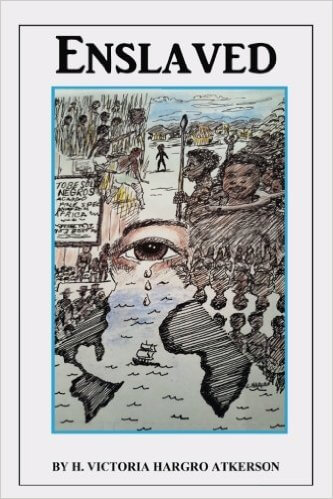 Book Description:
Enslaved Summary The joys and sorrows, inflicted on an African princess and a member of her royal guard, unfold in this literary pictorial that immerses the reader in the horrors of the Atlantic slave trade. Captured by slavers, who refused to acknowledge her humanity experience, these two tribal leader face the shock of enslavement and the loss of personal freedom in a strange world where the color of their skin dictates their existence and their destinies. Devastated by the loss of her husband, her tribe, and her homeland, Princess Gemma with Sekazi, a strong invincible warrior, joins hundreds of victims who are in chains and thrown into the bowels of their worst nightmare that continues to degrade their existence in slave alcoves on the west coast of Africa. Herded on board a waiting slave ship, new horrors are reveal as the foul and filthy slave quarters become the new reality for Africans stowed at the bottom of the ship with increased cruelty and dehumanization. In an atmosphere of hatred, the story reveals the realities of the Middle Passage in vividly realistic images. In the backdrop of the horrific slave trade, the ship’s captain falls madly in love with the African princess and elicits her affection despite her desire gain her freedom and the freedom of the only person left in her life from her past, Sekazi The warrior who sacrifices his freedom in an attempt to save her from the clutches of enslavement. While in the arms of her unwanted love, the handsome ship’s captain, Princess Gemma discovers that she again loses the one person who links her with the wonderful life she longs for in Africa. The two tribal members end up in two different location and thousands of miles apart, on different plantations, as they face new challenges. The lifestyle, traditions, and culture of plantation owners explodes along with the severe treatment and abuse of enslaved Africans trapped in the clinches of forced labor, violence, and politically approved disenfranchisement. Clinging to her teachings as a child, Princess Gemma refuses to accept the life forced on her and steadfastly seek the justice and freedom that she knows she is entitles to no matter where she lives. This adventurous story faces the horrors of human slave trafficking, the deepest cravings of passion, and the unyielding instinct to be free. This saga ends, demonstrating self-pride and determination despite unrelenting human suffering, paying homage to the human spirit

More books like Enslaved (Volume 1) may be found by selecting the categories below: