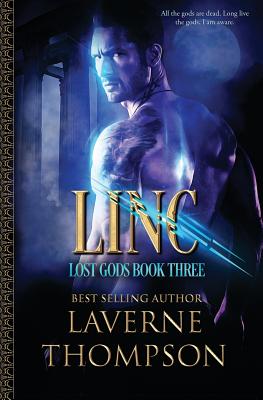 Book Description:
*WARNING* This is not an erotic romance. It does however, have sex when warranted and lots of violence and cussing. You have been warned. All the gods are dead. Long live the gods. I am aware. Linc had grown up having to kill to protect himself and his best friend. So, death and he were intimate friends. Then when his best friend turned out to be non-other than the Greek god Zeus and needed him to once again watch his back, Linc had no choice but to grab his Glock and say, hell yes. Little did he know, he had many trials to go through to be able to help his friend. Not the least of which was helping a woman conquer her fears and not run from a man like him. But she was an integral part of his existence. He could not let her go. Mina had resigned herself to being alone all her life. She could trust no one with her secrets, she couldn’t even trust herself. She’d been forced to kill to protect those secrets and she didn’t want to risk the one man who might have accepted them. Not after she’d almost cost him his life. Yet, help him she must. It was her destiny, she just couldn’t bring herself to believe it.

More books like Linc: Lost Gods Book 3 (Volume 3) may be found by selecting the categories below: