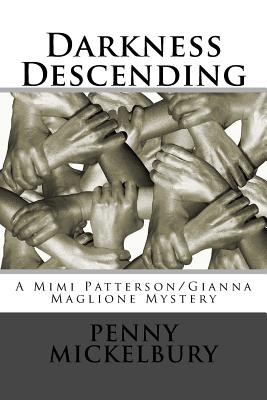 It sometimes seems to Police Lieutenant Gianna Maglione that people invent new ways to visit hate upon each other, and she should know: As head of the Washington, D.C. police department’s Hate Crimes Unit, she gets a close-up look at the ugliness on a regular basis, and it’s taking a toll. Montgomery "Mimi" Patterson sees her share of ugly, too. As the city’s top investigative newspaper reporter, her forte is uncovering government graft and corruption at high and low levels, and those she brings down hate her for it. "I didn’t tell ’em to steal the public’s money," she says with a shrug. But it’s getting to her. Tired of corrupt politicians, she seeks a different kind of story and runs right into a hate crime and one of HCU’s investigations. It’s a dance she and Gianna have done before and while they still don’t like it—especially Gianna—it is something they’re learning to deal with, something they must learn to deal with if their relationship is to survive, and that’s something they both want. They both sense a darkness settling over the city they both love, and it’s coming from the worst possible places and people: Corrupt, hate-filled cops and corrupt, hate-filled ministers. The police department and the church. No way they can let this happen in their city, so for the first time, Mimi and Gianna agree to work together. Mimi and Gianna. Once again, love wins.

More books like Darkness Descending: A Mimi Patterson/Gianna Maglione Mystery may be found by selecting the categories below: