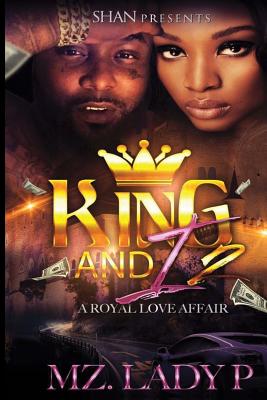 Book Description:
Now that Siyah has the honor and pleasure of living life in King’s world it’s up to her to play her role and play it well. After all women are lined up to wear her Crown and sit on his Throne. Loving a man like Kingston "King" Banks comes with all the perks and pitfalls of dealing with a nigga with street Royalty that’s sexy as hell and commands attention just by walking into a room. Siyah has proved she’s worthy of being his Queen and King wants nothing more than to give her the world that she deserves. But of course there’s more to King than meets the eye. On the outside he’s a Boss in every sense of the word. However, on the inside he’s a beast in a mental battle with himself. Slowly Siyah starts to realize it takes more than just holding King down in order to get the Happily Ever After she desires. King loves Siyah but really doesn’t know how to love her. After all how can a man love a woman who’s never been loved himself. In this installment follow Siyah as she fights to prove her love and loyalty to King but will the fights, arguments, lies and deceit become too much for her to handle and she realizes her biggest mistake was lusting over him sexually and starting their Royal Love Affair without really knowing who "King" was!!!

More books like King and I 2: A Royal Love Affair (Volume 2) may be found by selecting the categories below: