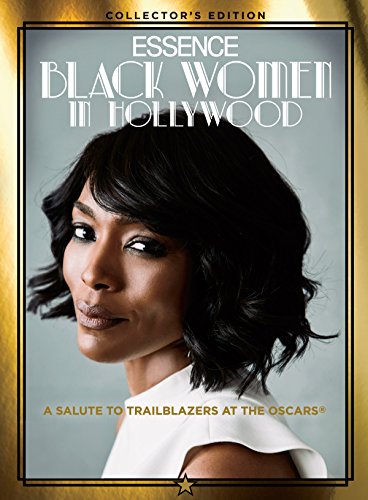 ESSENCE Black Women in Hollywood: A Salute to Trailblazers at the Oscars
by Editors of Essence Magazine

Book Description:
The bold and the beautiful

From the moment that Hattie McDaniel won Best Supporting Actress for her portrayal of Mammy in Gone With the Wind (1939), a new course for African American women in Hollywood was set. Though, for this great achievement, it would be 63 years before another African American woman—Halle Berry—would claim the trophy for Best Actress. Black Women in Hollywood: A Salute to Trailblazers at the Oscars, the new Collector’s Edition from ESSENCE, is a visual chronicle of the strides that African American actresses have made in Hollywood. From the early pioneers like Ethel Waters and Juanita Moore to the leading lights of the 70s and 80s, such as Cicely Tyson, Diahann Carroll and Diana Ross, and to the stars that rock the red carpet today, including Taraji P. Henson, Lupita Nyong’o and Viola Davis. We feature the nominees and the winners on-set, on the red carpet and in their own words—including the inspiring acceptance speeches of each of the winners. And of course, the photographs: dozens of pictures showcasing these trailblazers on the red carpet, in the roles that won them nominations, and even relaxing at home. Black Women in Hollywood is both a walk down memory lane and an inspirational reminder: to dream bigger than you could have ever imagined.