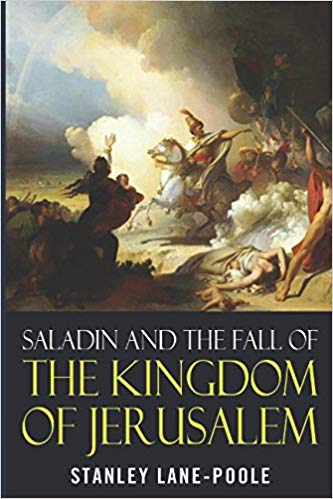 Book Description:
Saladin, the first sultan of Egypt and Syria, is an iconic figure in Middle Eastern history.

Stanley Lane-Poole’s acclaimed biography Saladin and the Fall of Jerusalem is a complete study of the life of this noted leader: his youth, rise through twelfth-century Middle-Eastern politics, career as a military commander and the conquest of Egypt and Syria, and his intriguing clashes with Richard the Lionheart.

Throughout his life, Saladin established himself as a military commander of genius, a man of honour and an intrepid statesman, cementing his place in the annals of Middle-Eastern history.

The result of a lifetime of study by eminent historian Lane-Poole, Saladin and the Fall of Jerusalem benefits from the rich and colourful chronicles of Arab and Moslem historians, providing us with a unique insight into the life and deeds of this fascinating figure.

“Stanley Lane-Poole has rendered valuable service in his different works by presenting various phases of Oriental history and life in such a way as to interest even those to whom such subjects are ordinarily a sealed book”.—The American Historical Review

Stanley Edward Lane-Poole, 18 December 1854, was a British orientalist and archaeologist. Born in London, England, from 1874 to 1892 he worked in the British Museum, and after that in Egypt researching on Egyptian archaeology. From 1897 to 1904 he had a chair as Professor of Arabic studies at Dublin University. He died in 1931.

Tell us what do you think about Saladin and the Fall of the Kingdom of Jerusalem.