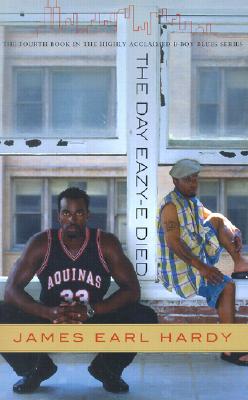 Book Description:
"Hardy, a masterful and gifted storyteller, has written a very important work for our times. Bold and unforgettable, The Day Eazy-E Died, tackles important issues a most engrossing story."—Black Issues Book ReviewRaheim Rivers is at the top of his career; about to make the switch from modeling to movies when an unexpected piece of news sends him reeling. His complacency shattered by the news that one of his idols, N.W.A. founder Eazy-E, has AIDS., Raheim gets tested for HIV, but keeps it a secret."Hardy’s style is gaunt, unclouded, and lucid as he looks uncompromisingly at this central characters dilemma of preserving his love life while secretly awaiting test results for his HIV status. Hardy brilliantly lets Raheim’s anxiety break through the surface of the narrative, just as it cracks through his consciousness in everyday dealings with Mitchell and his former lovers."—Library JournalAs he has so succesfully done in the past, Hardy masterfully draws his fascinating and very real characters into the ferment of compelling societal issues. He has created a powerfully real look at the issues facing young people of all sexual persuasions, young Black men, who are disproportionately infected and affected by AIDS. The book confronts the issues of sexuality, responsibility, and youthful perceptions of immortality. As the date for disclosure of his test results draws near, Raheim’s fear and the ongoing stigma of the disease push him toward conflicting decisions. James Earl Hardy is the author of the best-selling books B-Boy Blues, 2nd Time Around, and If Only for One Nite, as well as a biographies of Spike Lee and Boyz II Men. A 1993 Columbia University school of journalism graduate, Hardy is an award-winning entertainment feature writer, reporter, and critic who’s writings have appeared in The Washington Post, Out, Essence, The Advocate, Newsweek, Entertainment Weekly, and Vibe. He lives in Manhattan.Also available by James Earl Hardy
B-Boy Blues
TP $11.95, 1-55583-268-7
2nd Time Around
TP $12.95, 1-55583-372-1
If Only For One Nite
TP $12.95, 1-55583-467-1

More books like The Day Eazy-E Died (A B-Boy Blues Novel #4) may be found by selecting the categories below:

Tell us what do you think about The Day Eazy-E Died (A B-Boy Blues Novel #4).