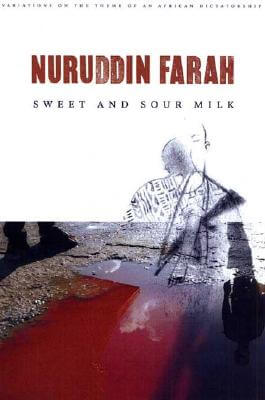 Book Description:
Winner of the 1980 English-Speaking Union Literary AwardThe first novel in Farah’s universally acclaimed Variations on the Theme of an African Dictatorship trilogy, Sweet and Sour Milk chronicles one man’s search for the reasons behind his twin brother’s violent death during the 1970s. The atmosphere of political tyranny and repression reduces our hero’s quest to a passive and fatalistic level; his search for reasons and answers ultimately becomes a search for meaning. The often detective-story-like narrative of this novel thus moves on a primarily interior plane as "Farah takes us deep into territory he has charted and mapped and made uniquely his own" (Chinua Achebe).

More books like Sweet And Sour Milk (Variations On The Theme Of An African Dictatorship) may be found by selecting the categories below:

Tell us what do you think about Sweet And Sour Milk (Variations On The Theme Of An African Dictatorship).