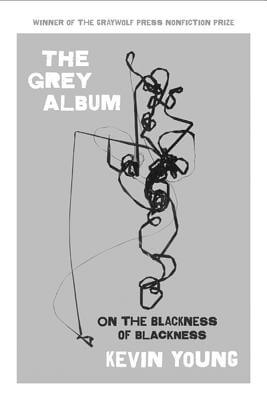 The Grey Album: On The Blackness Of Blackness
by Kevin Young

*Finalist for the 2012 National Book Critics Circle Award for Criticism**A Publishers Weekly Top 10 Literary Criticism and Essays Pick for Spring 2012*The Grey Album, the first work of prose by the brilliant poet Kevin Young, winner of the Graywolf Press Nonfiction PrizeTaking its title from Danger Mouse’s pioneering mashup of Jay-Z’s The Black Album and the Beatles’ The White Album, Kevin Young’s encyclopedic book combines essay, cultural criticism, and lyrical choruses to illustrate the African American tradition of lying—storytelling, telling tales, fibbing, improvising, "jazzing." What emerges is a persuasive argument for the many ways that African American culture is American culture, and for the centrality of art—and artfulness—to our daily life. Moving from gospel to soul, funk to freestyle, Young sifts through the shadows, the bootleg, the remix, the grey areas of our history, literature, and music.

More books like The Grey Album: On The Blackness Of Blackness may be found by selecting the categories below:

Tell us what do you think about The Grey Album: On The Blackness Of Blackness.