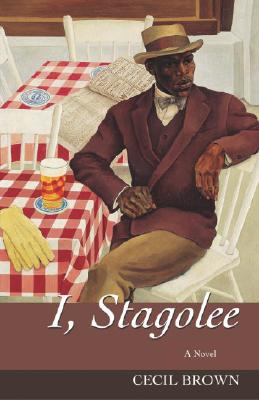 I, Stagolee
by Cecil Brown

Paperback Description:It’s the birth year of Ragtime music, 1895, and Lee "Stagolee" Shelton, a St. Louis pimp, murders Billy Lyons, a political gang member. Afterwards, Stagolee makes a deal with Judge Murphy to bring order to the underworld. As a member of a group of pimps called the "Stags," Stagolee makes alliances with the Democratic Party and votes for a Democratic Mayor. Later, the Stag Party, along with the Democratic Party, elects St. Louis’s first black policeman. It is this policeman who is sent to arrest Stagolee for the murder of Billy Lyons. Now, nearly 50 years after singer Lloyd Price introduced mainstream audiences to the "Stagger Lee" story, Cecil Brown portrays the events that gave rise to this mainstay of African-American popular culture. This follows the successful Stagolee Shot Billy, Brown’s nonfiction account of the same story.

More books like I, Stagolee may be found by selecting the categories below: