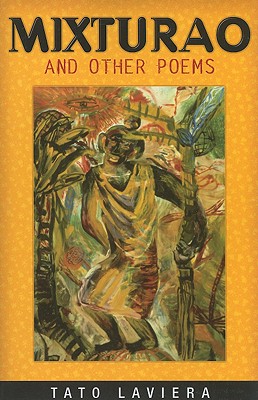 Mixturao and Other Poems (English and Spanish Edition)
by Tato Laviera

Book Description:
In the title poem of Tato Laviera’s fifth poetry collection, "Mixturao," he celebrates the mix of diverse cultures and languages that make up America, and challenges those who advocate a monolingual existence: "We who integrate / urban America / simmering in each other’s / slangs indigenous / nativizing our tongues’ / cruising accents / who are you, English, / telling me, ’Speak only English / or die?’" Laviera deftly combines English and Spanish in this poetic celebration of his own bilingual, bicultural existence and the ever-increasing use of both languages in all fields, from music to technology. In his poem entitled "Spanglish," he writes: "pues estoy creando spanglish / bi-cultural systems / scientific lexicographical / inter-textual integrations / two expressions / existentially wired / two dominant languages / continentally abrazandose…" Divided into sections that examine culture and community, Laviera continues his life-long poetic exploration of his Afro-Puerto Rican roots planted in the urban cacophony of New York City. In "Nideaquinedealla" ("Neither from Here nor from There"), he writes about the sense of alienation that all immigrants face when they are considered foreigners in both their native and adopted lands. The poems of Tato Laviera are complex and engaging, and through his words, his spirit, his bilingualism, and his dual identity, he offers the reader poems that are a celebration of life and identity.

More books like Mixturao and Other Poems (English and Spanish Edition) may be found by selecting the categories below:

Tell us what do you think about Mixturao and Other Poems (English and Spanish Edition).