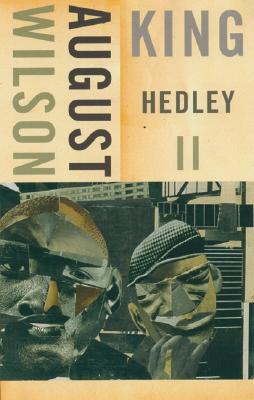 Book Description:
“Wilson’s melody here is the mournful sound of what might have been, a blues-tinged tale about a driven, almost demonic man. He’s a petty thief named King who will stop at nothing for a better life. . . . King Hedley is a big play, filled with big emotions and big speeches. These aria-like monologues are rich in humor, heartbreak and the astonishing details that go into creating real people. With his latest arrival on Broadway, Wilson only has the first and last decades of the twentieth century to chronicle—it’s been quite a journey. King Hedley will only add to that towering achievement.”—Michael Kuchwara, Associated Press“What makes Wilson America’s greatest living playwright—aside from his gift for dialogue, which blends searing poetry with uncompromising realism—is the bracing humanism with which he provides insight into the struggles and aspirations of all individuals.”—Elysa Gardner, USA TodayKing Hedley II is the eighth work in playwright August Wilson’s 10-play cycle chronicling the history of the African American experience in each decade of the twentieth century. It’s set in 1985 and tells the story of an ex-con in post-Reagan Pittsburgh trying to rebuild his life. Many critics have hailed the work as a haunting and challenging tragedy of Shakespearean proportions.August Wilson is the most influential and successful African American playwright writing today. He is the two-time Pulitzer Prize-winning author of Fences, The Piano Lesson, Ma Rainey’s Black Bottom, Joe Turner’s Come and Gone, Seven Guitars, Two Trains Running and Jitney. His plays have been produced all over the world, as well as on Broadway.

More books like King Hedley II (1980s Century Cycle) may be found by selecting the categories below: