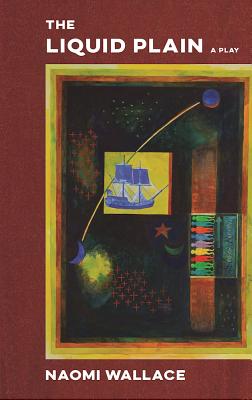 Paperback Description:
“American theater needs more plays like Naomi Wallace’s The Liquid Plain—by which I mean works that are historical, epic and poetic, that valorize the lives of the poor and oppressed.”—Time Out New YorkOn the docks of late eighteenth-century Rhode Island, two runaway slaves find love and a near-drowned man. With a motley band of sailors, they plan a desperate and daring run to freedom. As the mysteries of their identities come to light, painful truths about the past and present collide and flow into the next generation. Acclaimed playwright Naomi Wallace’s newest work brings to life a group of people whose stories have been erased from history. Told with lyricism and power, The Liquid Plain was awarded the 2012 Horton Foote Prize for Promising New American Play. This sweeping historical saga has enjoyed acclaimed runs at Oregon Shakespeare Festival and the Signature Theatre in New York.Naomi Wallace is a playwright from Kentucky. Her plays, which have been produced in the United Kingdom, Europe, the United States, and the Middle East, include In the Heart of America, Slaughter City, One Flea Spare, The Trestle at Pope Lick Creek, Things of Dry Hours, The Fever Chart: Three Visions of the Middle East, And I and Silence, The Hard Weather Boating Party , and The Liquid Plain. Awards include the Susan Smith Blackburn Prize (twice), Joseph Kesselring Prize, Fellowship of Southern Writers Drama Award, Obie Award, Horton Foote Award for Most Promising New American Play, MacArthur Fellowship, and the inaugural Windham Campbell Prize for Drama.

Books similiar to The Liquid Plain (TCG Edition) may be found in the categories below: