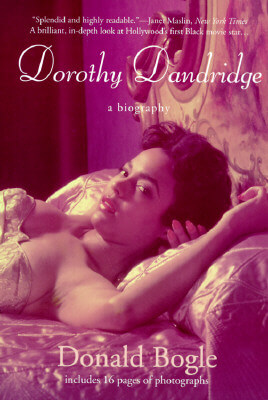 Book Description:
She captured America’s hearts in such stunning films as Carmen Jones and Porgy and Bess. Finally, the true story of America’s first Black movie star is revealed in this brilliant, in-depth biography-from her turbulent childhood in Cleveland, to her Hollywood girlhood, her battles against racism, her rise to fame, her marriage and affairs, and her professional and personal decline. The first Black woman nominated for an Academy Award Dorothy Dandridge paved the way for thousands of Black women entertainers. She toured the South with "The Dandridge Sisters," appeared in dozens of movies and on Broadway, played the Cotton Club, and worked with such luminaries as Louis Armstrong, Cab Calloway, and Maxine Sullivan. But Dandridge’s stardom only seemed to exacerbate her deep-seated insecurities-shadowing her success until she died of an overdose at the age of 42. Filled with photographs, and rich with research as well as personal anecdotes from Harry Belafonte, Etta James and others, Dorothy Dandridge: A Biography is not only a fascinating study of the woman and the performer, but also a riveting look at Black Hollywood as it existed within the larger culture.

More books like Dorothy Dandridge may be found by selecting the categories below:

Tell us what do you think about Dorothy Dandridge.