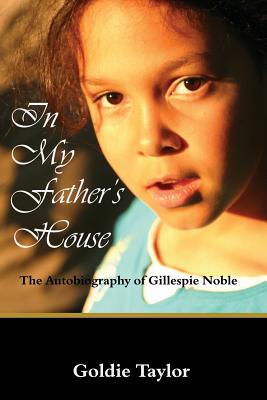 In My Father’s House
by Goldie Taylor

Book Description:
Gilly begins her tale in an unlikely place-35 years after her father was sentenced to death. The story opens in the cramped, musty visitor’s room of a south Georgia prison. Immediately she begs us to accept the unjust, ugliness of Jim Crow, "to let sleepin’ dawgs lie," even as she relives her own tragedy piece by piece. Told in first-person narration, In My Father’s House, is the fictional autobiography of Gillespie Noble. Sentenced to death in 1969, Gilly’s father, Josup "Pappy" Noble, escapes an executioner’s charge when capital punishment is outlawed by the Supreme Court. "Bound up, shackled, and governed," he chastens Gilly to "look beyond him, beyond the iron-laced windows and bolted doors, to go on living." Is he the god his daughter makes him out to be? Or is he something less, a deeply flawed creature in need of a heavy dose of mercy and salvation? For her part, Gilly is a self-absorbed, irreverent drunk. In her own voice, this woman who seems to have everything reluctantly admits she has nothing. The question never is can she successfully exonerate her father, but can she save herself. Using the Deep South as her backdrop, Taylor paints a riveting picture of Southern politics, religion, and society. The result is an engaging story about how one black family not only held it together against the odds, but survived and flourished beyond measure.

More books like In My Father’s House may be found by selecting the categories below: