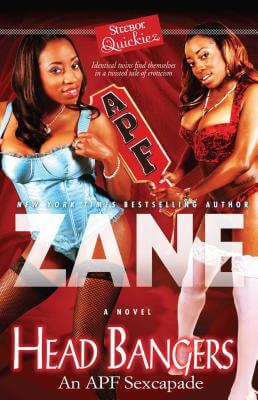 Hope and Faith: two things that everyone needs to survive. But the words take on a different meaning in the form of a set of twins who attend Crockett University in Washington, D.C. As seniors, they are looking forward to a bright future in corporate America. Meanwhile, they have decided to relieve some of the stress involved in getting a higher education by being members of APF.

Soror Ride ’em High and Soror Lick ’em Low, originally hail from Atlanta and, like most twins, they share a connection. In fact, their physical bond is so strong, that one can often feel a pounding in her vagina while the other is engaged in sexual activity. But everything is not perfect when it comes to being a twin. Sometimes animosity and jealousy can creep in; especially when Hope and Faith find themselves both attracted to the same man on campus. Is blood really thicker than water? Or, in this case, thicker than basic carnal desires?

Books similiar to Head Bangers: An APF Sexcapade may be found in the categories below: