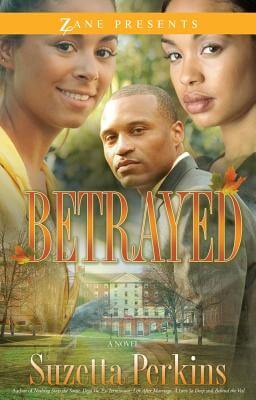 Book Description:
Nineteen years after she was raped, Mimi Bailey makes a desperate attempt to protect her secret when she returns to the scene of the crime.

Setrina “Mimi” Bailey is carrying a nineteen-year-old secret that she’d like to remain hidden forever. However, a move to Durham, North Carolina, threatens to expose her secret and forever disrupt the lives of those she’s protected from the truth all those years.

Mimi Bailey was raped by Victor Christianson, her best friend Brenda’s fianc , while they were in college. Now, Mimi’s daughter, Afrika, who is eighteen years old and college bound, wants to further her education at the same college where her mother still bears the scars of the crime. Mimi is unsuccessful in changing Afrika’s mind. And when Victor gets wind that Mimi is back in the area and has a daughter who looks very much like his own, he stops at nothing to chase them out of town and eliminate the reminder of his infidelity.

A complex tale of mystery and suspense, Betrayed explores the fine line between passion and power and what we’ll do to protect the ones we love.

More books like Betrayed: A Novel (Zane Presents) may be found by selecting the categories below: