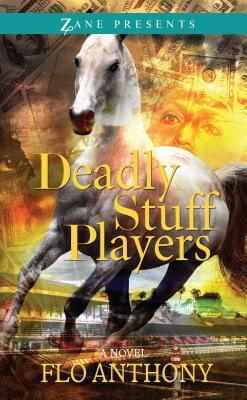 Paperback Description:
From Hollywood’s hottest nightclubs to the boardrooms behind the scenes, the trendiest restaurants to the bedrooms of the biggest stars—it’s all here in a steamy murder mystery from the celebrity journalist who knows the entertainment world better than anyone.

Valerie, the most popular African-American gossip columnist in the United States, and NFL Hall of Famer Rome Nyland are the go-to team for solving Hollywood mysteries. When Andrea Dumas, wife of billionaire Victor Dumas, is found murdered in a sports bar, suspicions arise. Now someone is threating their son, jockey Vance Dumas.

Roshonda Rhodes, a former hooker rumored to have a sex tape with Vance, was allegedly seen fleeing the sports bar the night of the murder. Did she kill Andrea? Or did drug-addicted Jermonna Bradley do it? Valerie and Rome are hard on the case, determined to get to the bottom of it before the killer strikes again.

The woman who knows the entertainment world inside and out, celebrity journalist Flo Anthony has woven this wild tale with so many twists and turns you won’t be able to put it down.

More books like Deadly Stuff Players may be found by selecting the categories below: