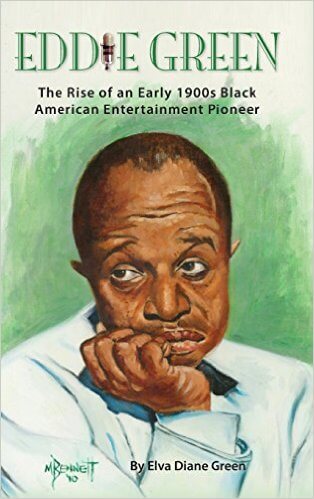 “A Good man is hard to find,” as the famous 1919 song by Eddie Green attests, but the pioneering Black filmmaker, movie star, Old Time Radio icon, and composer established himself as the living portrait of all that is admirable. His legacy now inspires a whole new generation.

In an era when Black entertainers struggled to gain a foothold in show business, Eddie Green rivaled Oscar Micheaux for honors as a pioneering Black filmmaker. Audiences from The Apollo to Broadway propelled Eddie into two of America’s most popular long-running radio series. From poverty to prominence, he accomplished more than most people could dream.

Discover Eddie’s rags-to-riches story as told by his daughter. Her years of research have unearthed long-buried revelations and enlightening images that testify to one man’s determination to rise above all obstacles and triumph against all odds through five decades from Vaudeville to television and then into the stuff of legends. The sands of time may have buried his name, but Eddie Green’s laughter still echoes around the world. Thanks to this first-ever biography, a good man is no longer hard to find. Illustrated. Appendices include songs written by Eddie Green; the radio programs and movies in which he appeared; the movies he wrote, produced, and directed; rare script excerpts.

Below, John Henderson interviews Elva Green about the book she wrote about her father Eddie Green. They also talk about Rochester and her family’s personal connection.

Books similiar to Eddie Green - The Rise of an Early 1900s Black American Entertainment Pioneer may be found in the categories below: