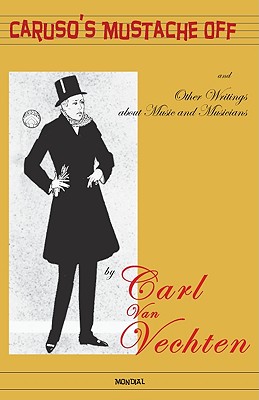 Book Description:
Before Carl Van Vechten’s later careers—as the first dance critic in America, as a best-selling novelist during the Jazz Age of the Twenties, as the leading white champion of African American arts and letters, and as a celebrity photographer—he was Assistant Music Critic for the New York Times (1906-13). Subsequently, he wrote seven volumes of lively and often audacious essays on musical subjects. He was first to offer serious assessments of the music of Igor Stravinsky, Erik Satie, George Gershwin, and the operas of Richard Stauss. He wrote the earliest study in America of the music of Spain. He was first to advocate musical scores for movies. He contended that ragtime and jazz were the only uniquely American music, at a time when they were dismissed or ignored by other critics. This collection gathers a broad sampling of Carl Van Vechten’s work long out of print and heretofore uncollected, including Red, his own revisions of his writings about music that he wished to preserve. They have been edited with an introduction by Bruce Kellner, Successor Trustee for the Estate of Carl Van Vechten.

More books like Caruso’s Mustache Off - And Other Writings about Music and Musicians may be found by selecting the categories below: