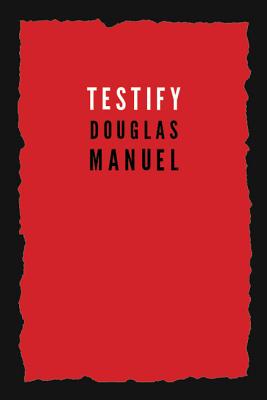 Paperback Description:
A brave, brilliant debut about the African-American experience in the American Midwest. A contemplation of race, masculinity, religion, and class, Testify in a very personal way confronts some of the most critical issues in today’s society. A book of elegiac ambivalence, Testify’s speaker often finds himself trapped between received binaries: black and white, ghetto and suburban, atheism and Catholicism. In many ways, this work is a Bildungsroman detailing the maturation of a black man raised in the crack-laden 1980s, with hip-hop, jazz, and blues as its soundtrack. Rendered with keen attention to the economic decline of the Midwest due to the departure of the automotive industry, this book portrays the speaker wrestling with his city’s demise, family relationships, interracial love, and notions of black masculinity. Never letting anyone, including the speaker, off the hook, Testify refuses sentimentality and didacticism and dwells in a space of uncertainty, where meaning and identity are messy, complicated, and multivalent.

More books like Testify may be found by selecting the categories below: