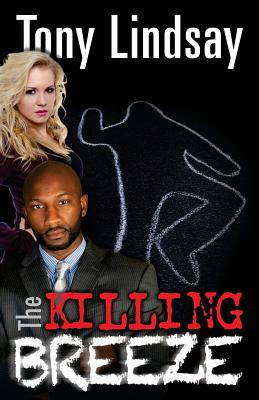 The Killing Breeze
by Tony Lindsay

Book Description:
The Killing Breeze is a story of societal unrest told from the point view of two main characters, opposites in a sense: one being a Black male Ph.D., the other a white female undergraduate. The unrest takes place in the fictional Falcon City; a city in America that becomes the focal point of national police killings; every time a Black person is killed by police nationally, a white officer is slain locally in Falcon city. The young white female undergraduate, Denise Thomas, makes the initial correlation. She seeks out Dr. Noble Breeze, the Ph.D., to correlate her theory. Due to the police being shot, the city is in a volatile state, tense throughout, and that tension remains through the novel generating a page turning read. Dr. Noble Breeze is in no way a typical academic; his checkered past includes psychiatric ward hospitalization, and his current life involves clandestine activities with a militarized think-tank known as the American Purist Society. The racial tension between the police, The American Purist Society, and the Black citizens of Falcon drive the novel to a climatic clash between the Black citizens, white supremacist, the military, and the police; at the center of the conflict are the national police killings. The novel is alarming in its timeliness and unsettling in the revelations of American thought; what a reader presumes will happen, doesn’t; the novel is not a cliffhanger it drops the reader off a cliff.

More books like The Killing Breeze may be found by selecting the categories below:

Tell us what do you think about The Killing Breeze.