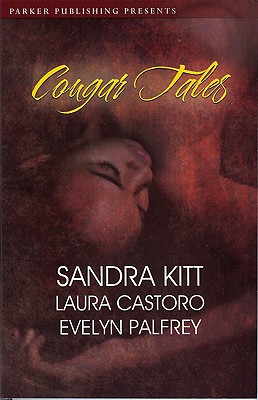 Read Our Review of Cougar Tales

Paperback Description:
This book is a collection of stories. How to Handle a Woman by Sandra Kitt features Geneva Springer, a petite woman pushing forty, who adores her nephew, Sean. Having saved his life when he was a toddler, they have a special bond. When Sean involves her with his school auction, the successful bidder receives Geneva’s professional services as an interior designer. Reed Fairway, a sexy thirty-three year old computer science teacher at Sean’s school, is just the man to suit Eva. Reed has won the auction for Eve, but when he doesn’t show up to their first meeting, Eve is insulted and wants to call it off. At the persistence of her nephew, they finally meet. Soon, there is no denying that Reed and Eva like one another, but will their age difference keep them astray? Tell Me Something Good is by Deirdre Savoy. When forty-three year old graphic artist Alberta "Al" Kendall wants a man, she isn’t shy about letting him know—even if the man in question is the twin brother of her cousin’s much younger fiancee. Thirty-four year old Michael Reid isn’t complaining. He sparked with Al the first moment they met. But when Michael wants more than the fling she offers, will Al put her money with her mouth is and give Mike a chance to prove how good a future together could be? In Against Her Better Judgment by Evelyn Palfrey. Judge Beverly Polk scoffs at the news that a prisoner has put a contract out on her. Private Investigator, Devon Carter, claims to be hired by an anonymous client to protect her. Judge Polk resents and resists his protection, even as he infiltrates her home, her life, and even her heart.

More books like Cougar Tales may be found by selecting the categories below: