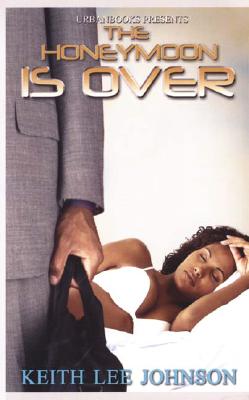 The Honeymoon Is Over
by Keith Lee Johnson

Book Description:
After his blockbuster success of Little Black Girl Lost, and Little Black Girl Lost II, Keith Lee Johnson returns with The Honeymoon Is Over. Two time divorcee, Nelson Kennard, has finally found the love of his life—so he thinks, but his fianc e, Parris Stalls, has found another lover. Parris, a drop dead gorgeous schoolteacher with a body to die for, has been patiently waiting for Nelson’s ship to come in. But after four years of waiting, she began to listen to her friends who told her numerous times to leave Nelson and find a man with some money. In comes the very wealthy Shenandoah Armstrong who has a twenty year old score to settle with Nelson. The fireworks begin when Parris finds out that Nelson became the man she always hoped he’d become. She never loved Shenandoah and never stopped loving Nelson. He still loves Parris, but will he take her back after catching her in bed with Shenandoah? Or has he found another and moved on with his newly found riches?

More books like The Honeymoon Is Over may be found by selecting the categories below: