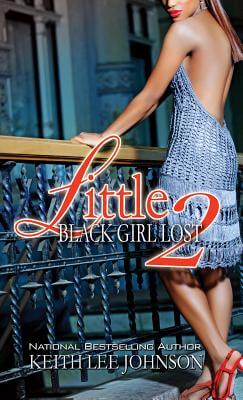 Book Description:
After his blockbuster success of Little Black Girl Lost, Keith Lee Johnson takes us back to 1950’s New Orleans, into the world of betrayal, envy, lust, and murder, where everyone has ulterior motives. Little Girl Lost left you in shock right up to the very end with its revealing truths of the world of Johnnie Wise, a 15-year-old girl, who was being pursued by ruthless crime boss, Napoleon Bentley, who will stop at nothing to have this young beauty. Little Black Girl Lost II, begins as we find Johnnie in bed, and even though there is a thunderstorm directly over her Ashland Estates home, she is sleeping soundly for the first time since the murder of Richard Goode (her mother’s killer), and the subsequent riots. However, during her waking hours, Napoleon Bentley enters her mind more often than she’d care to admit. She wants him to bed her again, but she loves Lucas Matthews, her boyfriend. Or is he?

More books like Little Black Girl Lost 2 may be found by selecting the categories below:

Tell us what do you think about Little Black Girl Lost 2.