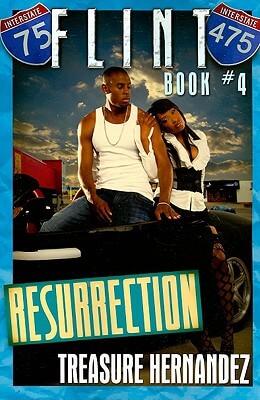 Book Description:
Malek and Halleigh were once innocent high-school sweethearts, but their lives changed drastically when they were separated by tragic circumstances and sucked into life on the streets.
Now Malek has risen to the top of the drug empire and is running things after Jamaica Joe’s murder. His rival, Sweets, has left town, so Malek has things under control on both the South Side and the North Side.
When Halleigh finally escapes from the clutches of Manolo, her pimp, she and Malek are reunited. For a while, things are running smoothly, and Halleigh and Malek are like well-respected hood royalty—until Halleigh grows bored with her life hidden safely away in the suburbs.
She ventures into Flint and meets up with her old drug-using partner, convincing him to enter the new rehab facility—the same place that’s cutting into Malek’s business by helping his customers get sober. To make matters worse for Malek, Sweets has returned and wants to take over his side of town again. As he struggles to hold onto his reign at the top, will Malek be able to keep Halleigh out of the crossfire?

More books like Flint: Book 4: Resurrection may be found by selecting the categories below:

Tell us what do you think about Flint: Book 4: Resurrection.