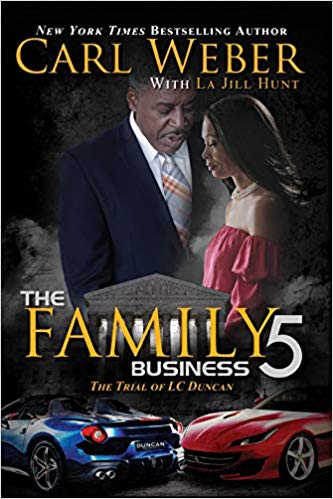 Hardcover Description:
New York Times bestselling author Carl Weber and La Jill Hunt return with a story of love, betrayal and redemption in the next addition in the wildly popular Family Business series.

Determined to clear their father’s name Vegas, Junior, and Rio set out to find out the truth. They will soon find out that sometimes, the truth can be worse than the lie you’ve been told.

Meanwhile, the beautiful Paris Duncan is haunted by recurring nightmares of her true love, Niles Monroe. She blew up his private plane when he became a threat to her family; however, there have been signs that suggest he may still be alive. Could LC’s arrest have something to do with Niles’ reappearance in her life? Or is it her son, Jordan, that Niles is really interested in?

Get ready for another roller coaster ride with the Duncan family.