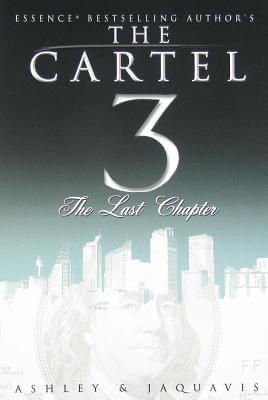 The Cartel 3
by Ashley Antoinette and JaQuavis Coleman

The Cartel is back and more dangerous than ever before. After finding out the truth about Miamor, Carter wants her dead. She contributed to the death of the entire Diamond family; he’s the only one left standing. With a grief stricken Zyir as his right hand man, they are out for blood, but there’s only one problem: Miamor won’t be easy to touch with her long lost love, Kyotti, and the Murder Mamas by her side. Miamor doesn’t want beef; she just wants the chance to talk to Carter and tell him her side of the story. She loves him, and although her crew is urging her to go back to her murderous ways, she isn’t the same woman she used to be. What she doesn’t understand is that there is no turning back for any of them. Somebody has to die.

More books like The Cartel 3 may be found by selecting the categories below: