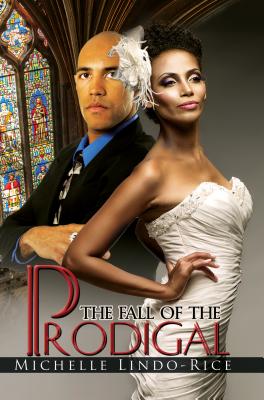 The Fall Of The Prodigal
by Michelle Lindo-Rice

Paperback Description:
A condemned man, his two brides, and one untimely death.
The third installment of the "On the Right Path" series
Michael Ward is at the top of his game and he doesn’t need anyone or anything. Money is his new best friend—until he’s arrested for a heinous crime. As much as he hates to admit it, Michael needs his brother, Keith Ward, the man who stole his wife and children. Will Michael open his heart to forgive his brother?

Verona "Tiger" Stachs has been Michaels’ attorney for years. She’s in love with him, but is tired of being treated as his guinea pig. A lapsed Christian, Verona finds herself being drawn closer to God. She thought she was through with God, but soon discovers He’s nowhere through with her. Which relationship will she choose?

Keith Ward’s a prominent minister and family man, yet he yearns to rekindle his relationship with his brother. When Michael calls him explaining that he desperately needs his help, Keith jumps at the chance to set things right with Michael. Will Keith be able to lead Michael into the light?

More books like The Fall Of The Prodigal may be found by selecting the categories below: