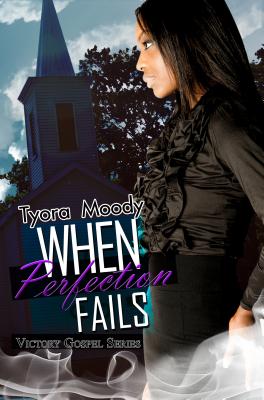 Paperback Description:
Reverend Jonathan Freeman and his wife Lenora are quickly becoming Charlotte’s "it" couple. All eyes are on them as Jonathan is named pastor of a church following the death of his father and Lenora has become a sought-after wedding planner. The Freemans are media darlings and a model couple; the picture of perfection. Or are they?
Behind the scenes, Jonathan struggles with his role as pastor of a megachurch while Lenora grows increasingly and uncharacteristically distant. A number of odd and tragic incidents push her further away from the love of her life and the fa ade of perfection begins to crack.

A carefully guarded secret catches up with Lenora and it threatens her security as well as that of her family. Has an imperfect past finally caught up with her? Will the ghost of someone she thought long dead rise like Lazarus from the grave and destroy all she has worked to preserve? Or will Lenora fight to protect the man she loves and the beautiful life God has blessed her to have?

She That Findeth: A Novel

More books like When Perfection Fails: Victory Gospel Series may be found by selecting the categories below: