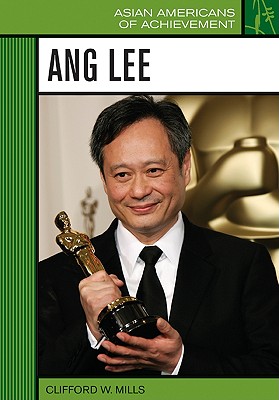 Hardcover Description:
Oscar-winning director Ang Lee has a remarkable life story. His creative genius bloomed late: he came to America from Taiwan at age 23, but was not able to make his first film until he was 37 because of language and cultural barriers that were slow and painful to overcome. Two of his movies, “Crouching Tiger, Hidden Dragon” and “Brokeback Mountain”, are among the most influential films ever made. Lee’s work captures cultural, racial, sexual, and generation clashes from 18th-century England to modern suburban America, and from China to Wyoming. Lee has made movies in English, Taiwanese, and Mandarin Chinese, making him a true global artist. Read about Ang Lee’s rise to fame in this absorbing new title.

More books like Ang Lee (Asian Americans of Achievement) may be found by selecting the categories below: