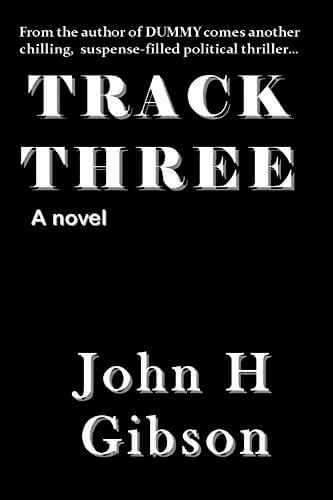 In I Come along for the ride when a popular and top-rated investigative journalist, Elliott Lawder, and Katherine Lambert, a street-wise black British street urchin, are thrown together by the untimely death of an NSA Systems Analyst.

Follow the adventures of our hero and heroine as the story moves at break-neck speed from Washington to London to Brussels to The Netherlands as the two attempts to discover the answer to why every US Security Agency, including the NSA and the CIA, are trying to kill them.

Track Three is a winner in the same thrilling tradition as John Gibson’s first political suspense Super Thriller, DummyTrack Three, coming soon—a tremendous read, even if it does keep you up all day and half the night.

Books similiar to Track Three may be found in the categories below: