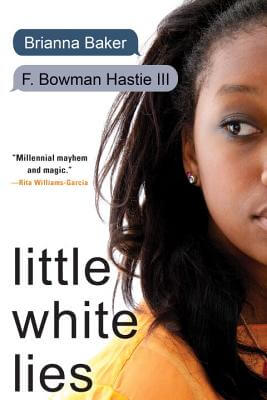 Seventeen-year-old honors student Coretta White’s Tumblr, Little White Lies—her witty thoughts on pretty much…everything—has gone viral. She’s got hundreds of thousands of followers; she’s even been offered a TV deal. But Coretta has a secret. She hasn’t been writing all her own posts. Stressed from the demands of the sudden attention, she hired an expert ghostwriter, forty-one-year-old Karl Ristoff, to keep the Tumblr going. Now consumed with guilt, she confesses.

Almost instantly, she suffers a public humiliation. The TV deal disappears. Her boyfriend breaks up with her. Then Karl is thrust into the limelight, only to suffer a dramatic fall himself. Together, they vow to find out who is responsible for ruining both of their lives, and why. But in order to exact justice and a wicked revenge, they must first come clean with each other.

More books like Little White Lies may be found by selecting the categories below: